With the bodywork complete, it was time to move on to the mechanical side of the build. Handling comes in the form of the reputable RaceComp Engineering with their Tarmac 2 coilovers. DBA rotors and Carbotech pads bring the Bremmer Kraft BR10 wheels to a complete stop. Whiteline bushings and a Megan sway bar help stiffen the chassis. With a Full blown turbo kit already installed, a few extra modifications were needed to make it run just right. A 265 lph fuel pump is used to feed the bigger Boss 550cc injectors ensuring the proper amount of fuel is fed to the engine. Cooling was taken care of with a Mishimoto radiator and a pair of fans while a set of gauges were installed in the vehicle to keep a close look at temperatures and pressures. The FRS was then tuned with the recommended ECUTEK bringing the power down to the wheels through an ACT clutch.

Going wider than stock meant he now needed bigger wheels to give the FRS a flush look. Being a distributor of ForgeStar wheels, Stephon went with a set of super deep F14's in 18x9.5 and 18x11 with custom offsets in gloss black. The wheels were fitted with Falken FK453 tires in 255/35 and 285/35.

For most automotive enthusiasts, a project car is never truly complete. No matter how much time, work and money goes into the build, there is always something else that can be improved or changed to give it that unique touch. For Stephon Ameerali of D-Ride Auto, that couldn't be more true as he is now on the third version of his build. Stephon is the owner and lead installer at D-Ride Auto, a vehicle repair and customization shop located in Port Coquitlam, BC. He opened his shop in early 2015 and like most garages needed a vehicle he can showcase the unique work they can do. 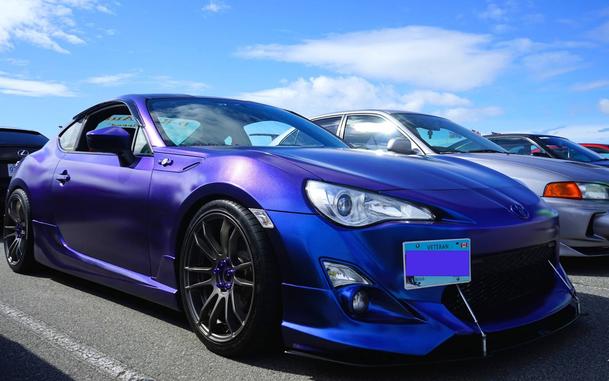 The last part of the build to address was the audio/visual department. The factory head unit was changed out for a Kenwood DNX891. After the interior was recovered in dynamat, the speakers were switched out for JL components. A 12” subwoofer and set of amps also from JL were installed in a custom trunk enclosure completing the build.

With the FA20 getting tired from the extra abuse of the turbo, it was time for reinforcements. The engine came out and gutted to make room for CP pistons and Skunk 2 rods. Valvetrain seals were changed and a port & polish service given to the intake and exhaust ports. Once again it was all put back in the car and it left for tuning ensuring everything worked properly.

Stephon satisfied with the power upgrades and aesthetics decided the car was a good representation of his new shop for the time being..... Fast forward a couple weeks and he already has plans for another transformation which I think you would all agree with me when I say, we are very anxious to see. I would definitely recommend to everyone to stop by D-Ride Auto for all automotive needs or even to check out the unique builds. Make sure you stay tuned to see all the updates coming to the FRS!

The choice of platform you ask? A Scion FRS of course. The FRS is the most common tuning platform as of late just as the Honda Civic was a decade ago which is the exact reason Stephon chose it. The lightweight front engine rear wheel drive sports car is very affordable which in turn makes it very attractive to the younger tuning community. The goal was simple, give a unique look to a car that has been built almost every way imaginable by everyone else.

Stephon found a second hand FRS which already had quite a bit of work done especially in the power department. With a Full Blown turbo kit already installed, the frs proved to be a good base and allowed him to focus more on the bodywork, which was after all his specialty.   Once all unnecessary parts removed, Stephon selected a front/rear lip combo and side skirts from 5-Axis as well as a rear deck spoiler. The front lip was paired with a splitter from ARP giving the front end a more aggressive look. The taillights were changed out for Buddy Club LED units and the fronts fitted with HID lights. All parts were installed, removed, trimmed and re-installed ensuring the best fitment possible only to again remove them, this time to add some colour. PlastiDip has been very popular the last couple of years and Stephon wanted to show the full capability of the product when applied properly to a full vehicle. (For those of you interested in doing this, D-Ride is an authorized installer for Dip Canada). He chose to dip the vehicle in Martian Blue with a high gloss top coat for extra shine and protection.

The FRS stayed like this for a couple months before Stephon decided it was time for a change which would bring it up to it's current state. Looking for a bigger and more aggressive stance, he opted for a rocket bunny kit. I know what you are all thinking, “yet another RB FRS”, but again Stephon was planning to put his unique twist on it. As opposed to simply riveting the flares on, he decided to mold them to the body. The rear fenders and rear bumper were molded to the quarter panels; and the front flares to the fenders. He finished it up by adding a plethora of CF and FRP bits to again give it a unique and aggressive look. Having removed the plastidip to do the body work, it was time to choose a new colour. This time Stephon decided on a slightly different product known as LUX coatings (Also an authorized installer of said product for those interested). He went a bit wild with the colour going with ZTS pigment from KP Pearls giving the new body a pearlescent look. 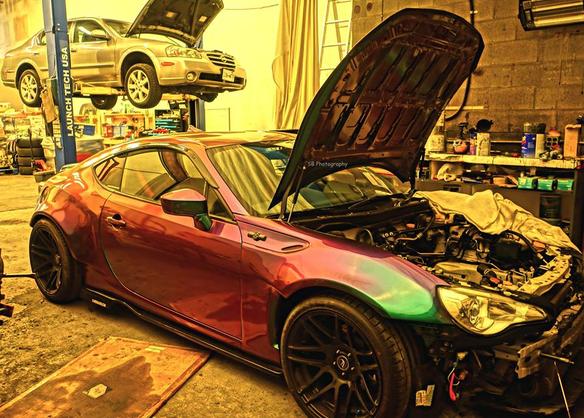 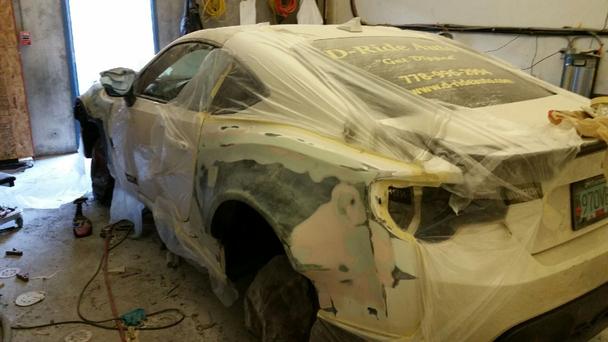 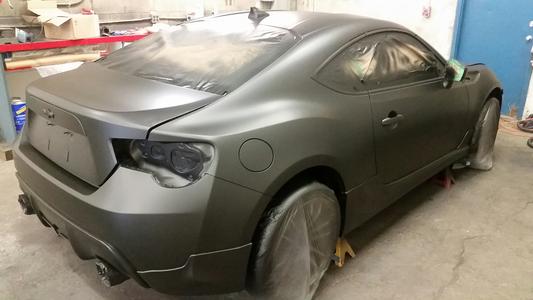 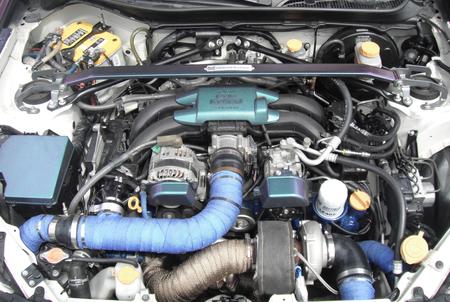